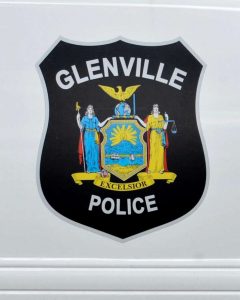 GLENVILLE — A therapy dog that went missing at the beginning of the month was found dead Sunday.

“It is with deepest regret and a heavy heart that we inform you that Orso was found deceased he is now home in heaven,” Mary Ann Powers, owner of the 3-year-old Cane Corso dog, wrote on Facebook Sunday.

Powers wrote that the two “gentle and lovable” canines are therapy dogs for a person suffering from post traumatic stress disorder. She detailed multiple medical procedures she had, after which Orso and Lucia supported her through rehabilitation.

“Beyond that they are your best friend, they are there when things couldn’t get worse,” she wrote.

Glenvile police said in a news release after the dogs went missing that there is no evidence the dogs were stolen, but that the animals usually stay on the Ridge Road property in West Glenville, and it is unusual for them not to return home.

Powers is offering a $7,500 reward for the return of Lucia, who is microchipped.