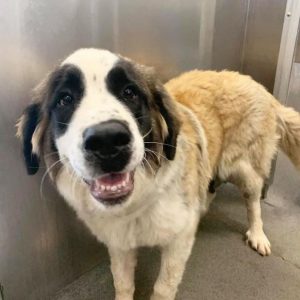 This New York City dog rescue has found a heartwarming way to honor those working on the frontlines of the novel coronavirus (COVID-19) pandemic.

As a way to say thank you, Hearts & Bones Rescue is naming all of the dogs they’re rescuing after real-life health heroes, including doctors, EMTs, physician assistants, police officers, and veterinarians, the rescue tells PEOPLE.

The nonprofit, which is based in New York City and Texas, is collecting names for the rescues by asking people in their community to nominate their own heroes battling the pandemic.

On the rescue’s website and Instagram page, there is a link where community members can nominate their heroes, share where the person works and describe what they do. The rescue will then reach out to the hero to ask for permission to name a rescue dog after them.

“The stories we’ve received have been so heartwarming, and the nominees have been so happy to have a dog named in their honor!” a spokesperson for the rescue tells PEOPLE.

While the rescue noted that they may not be able to use all names depending on the number of nominations, they have already named several of their adorable pups after health heroes, all of whom can be seen on the rescue’s Instagram page.