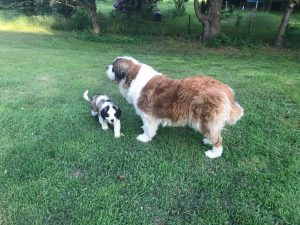 The Police Department will become the first in Berkshire County to add a therapy dog to its force.

The dog, which will also be used for community policing, is an English Labrador retriever which is being donated by Boonefield Labradors from New Hampshire. Officer Kristopher Balestro has been selected to be the handler and the animal will be added to the department’s K9 Division, Police Chief William Walsh said in a Facebook post.

The program is funded through donations and by Balestro, he said.

The dog will be used to help reduce anxiety and provide comfort to crime victims and witnesses and help increase communications between officers and people who may have been traumatized by violence. The animal will also provide therapeutic relief to staff at the police department, he said.

“The therapy dog is also a valuable tool in fostering dialog and communications between the police department and the community we serve,” Walsh said.

The dog will be used in everyday patrol and will visit schools, hospitals, nursing homes, the library and will be brought to athletic events and children’s programs, he said.

Greenfield Police added a full-time therapy dog in 2018, a Saint Bernard named Donut. One of the department’s officers previously would use his dog, also a Saint Bernard, in situations where a dog would help victims.

Springfield Police also had a therapy dog called Mango, but the dog was returned to the Fidelco Guide Dog Foundation in January after he injured a three-year-old girl at a community Christmas party.