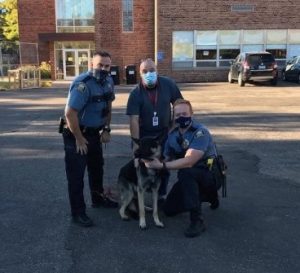 St. Paul police reported Friday a therapy dog who was missing since last week was found.

In the update, St. Paul police said a man called 911 to report a dog who resembled Ernest, the therapy dog, was walking along Lawson Avenue.

Officers responded to the area and found Ernest.

St. Paul police said Ernest has been returned to his owners.

The St. Paul Police Department is searching for a suspect who let out a therapy dog in training from its yard last week.

Police say at about 1:30 a.m. on Sept. 10, “Earnest,” a German Shepard, was in a fenced-in backyard of a house on the 900 block of Arcade Street when someone approached the yard, shined a flashlight at the house and then opened the gate, leading Ernest away.

If anyone has any information regarding the suspect or have seen the dog, they are asked to email investigator Steve Carlson at Steve.Carlson@stpaul.gov.