Scout The Super Bowl Star Has Passed Away 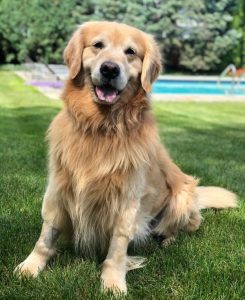 Scout is a lucky Golden Retriever that first had his moment in the spotlight during his dad’s WeatherTech Super Bowl Ad in 2019. He and his dad, David MacNeil, had a special bond, and MacNeil often referred to Scout as his “spokescanine.” It was all fun and games until Scout was diagnosed with an aggressive form of cancer, given only a 1% chance of survival. But MacNeil knew he couldn’t give up on his best friend.

In the summer of 2019, 7-year-old Scout collapsed. MacNeil rushed his beloved pup to the vet, where they found a tumor on his heart. The vets informed MacNeil that Scout had cancer. They guessed that he only had about one month left to live.

MacNeil was heartbroken after hearing this news. However, he knew this wasn’t the end for Scout. When MacNeil looked down at his furry friend, he saw a happy dog with a tail that wouldn’t stop wagging. MacNeil knew that Scout still had plenty of life left in him.