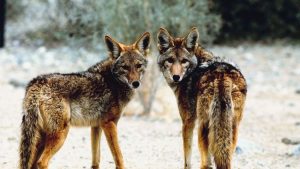 WISCONSIN — The Wisconsin Department of Natural Resources in teaming up with the U.S. Fish and Wildlife Service to investigate several dog poisonings in northern Wisconsin.

Four domestic dogs have died since April 1 while walking on U.S. Forest Service land in the Town of Alvin in Forest County. Now, the DNR and Fish and Wildlife Service are offering up a $1,000 reward to anyone with information that leads to the arrest and/or charges being filed against a responsible party.

Two of these dogs passed away rather quickly after eating something along the gravel roads near the Michigan border. On April 1, a 4-year-old yellow lab was with its owner in the area when it died. A few weeks later, on April 21, a 3-year-old German Shepherd was on its leash when it ate something off the road and suddenly died.

However, these dogs are not the only animals that have been found dead in this area. Investigators also found dead weasels, coyotes, and wolves. Tests confirmed that these animals all died from poisoning.

According to a press release from the U.S. Fish and Wildlife Service, “Investigators say the poison was found on the ground in rural areas and subsequently was ingested by the dogs. Each dog died soon after ingestion.”

This investigation began in 2019, and is focused on areas in Forest, Marinette and Florence counties.