What dogs need and want 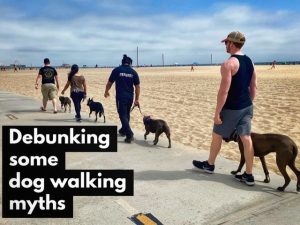 If you were on the fence reading the last blog, here are some questions that might your mind and I’m hoping to really dive into them for you in the same way I would with a client, candidly and hopefully clearly.

1). Doesn’t my dog need to experience the world like a dog and sniff around?
2). I want my dog to feel free and happy in their own neighborhood.
3). My dog is resisting a structured walk and I don’t want him to be unhappy.
4). This is the time my dog gets to check things out and it’s cruel to take that natural instinct away.

Now I know some of those examples are similar, but I wanted to give you a rough idea of what questions I regularly answer. I’m going to start by working backwards. 4). This is the time my dog gets to check things out and it’s cruel to take that natural instinct away.

Your dog getting to check things out should be reward based. The more things in your dog’s life that is reward based, the calmer and more balance you will see from your dog. It’s similar with people. We need to earn things or we get pretty messed up in the head not having any impulse control or boundaries. Hopefully, I can just leave that statement as is and move on.

Of course, I want dogs to sniff and explore, but if that isn’t earned and there isn’t a relationship between the two of us, the dog will often take that freedom to a point of it being dangerous. Dangerous seems like a dramatic word, but I mean it and have countless examples of that happening to people regularly. A very relatable one is bolting out the front door excitedly. Dogs, just like humans, need boundaries to work within, to test, prod, push, learn from and earn something out of. If they don’t have that, the frustration and confusion that comes with a lack of direction and always looking for the next thing to smell can show itself in a multitude of ways…even just crazy excitement with no self-awareness. They will blow through a front door, bolt TOWARDS a noise that startles them, jump on the elderly neighbor, etc.

My dogs get more freedom in the city than most dogs. The main reason why is the structured walk and the accountability I apply during that structured walk, which has enabled me to have the relationship to teach a structured recall (come command) when I need it and a relationship where they look to me for direction regularly. That way they are off leash a lot. The other is genetics. This plays a HUGE part in how hard it is to train your dog. They may not have the nerves to handle a bus, a dog barking at them and sirens in the same walk OR a dog out in the country with no distractions to work off of except one seemingly random bunny that takes off and you have the highest prey drive dog around. These are difficult daily scenarios for dogs and you can get very far with training, but not magically make them perfect. They are still animals. My point is many things factor in, which leads me to my next point…the exception.

Of course, I have met the exception to this rule more than a few times. Here are two quick examples. One was a little terrier. He pulled his owner around, sniffed where he wanted, resisted when his owner wanted to move on for a second, but then always followed. This dog had low prey drive (unusual genetics for a terrier) didn’t bark at dogs, but didn’t want to say hi to everyone either and had a nagging mild pulling motion on the leash. At home they did agility and that would really focus him and they had fun with that. Other than agility and only being allowed on the couch with permission, those were his only jobs and boundaries. He was great, no real issues. Much of that is genetics and that is a great life for him and the family. Second example was a lazy retriever mix I met. There was some mild barking at the front door at people, sounds, bird shadows, etc. Super easy to work through and their walk was a lazy dog that gradually went from bush to bush. He didn’t pull really and he calmly greeted people. He would have made a great therapy dog. Other than some play during the day and his lazy walk with a little more structure I added because of the indoor barking, this dog didn’t need any other job than that. I’m not rigid in my believe on the structured walk. I know their are 2-3 exceptions out there, haha. I just try to help the vast majority of people that don’t have those dogs.

Boy I’ve heard that a lot. I can easily argue your dog is unhappy because you haven’t taught him how to deal with stimuli and so he is struggling to listen. Also, it could be a really difficult/excited/overwhelmed dog. But out of those reasons, the biggest one is your dog just isn’t used to you telling him what to do and kind of doesn’t believe you if it’s something new you are doing. It takes time and consistency. None of us like change and dogs will resist change in many ways, some of those ways are even violent. I just see that as an opportunity to work further on relationship because clearly that is what is needed in many cases, however I do know there are some really difficult dogs to train to walk nicely on leash and you may need one on one professional guidance.A dog doing whatever they want when they want is not happiness and often results in out of control behavior or is only happy until a challenge is presented to them. Then they loose their mind with adrenaline that causes prey drive, fight or flight, hyper levels of excitement and you have no control. It could be something simple like your dog not wanting to leave the dog bakery (yes that is a thing) and they lay down refusing to get up. It could be a dog that terrorizes the critters in the neighborhood. They pull you around potty-ing where they want and chasing cats and squirrels into trees, worrying the other animals intensely. They jump on people constantly and can’t seem to calm down. Those dogs are giving into every impulse and are spinning themselves out of control and that may look like happiness, but it’s not? My friends dog that got lost forever in the woods chasing a deer was pretty happy during the chase I imagine…but at what cost? We never knew what happened to him. I’d say teaching a calmer and more disciplined walk would help you connect with your dog rather then letting your dog just react to the world and terrorize others doing so. Happy or not, the structured walk would become the new “norm” and then your dog would earn permission to be free again with new and improved listening skills that don’t endanger them and others.Short answer is preferably, yes. I’d love that, but only when they are ready to handle the challenges that come with it and can both be structured and free. That is based around your influence with them in the difficult moments. Dogs that have the most freedom anywhere are usually the most well trained dogs. I’ll never forget a trip into the mountains we took. The dogs were swimming and were joined by a rambunctious 5 year old golden retriever with a huge collar and antenna. It was a GPS. No owners were in sight. We eventually heard yelling and a dog completely ignoring the yelling. We yelled back that we had their dog (we assumed). They were nice people and pretty stressed out. They said that is how it always is with him so they put him on a GPS so they could find him because he often ran off, but they felt bad if he didn’t get his freedom. That is a very stressful way to live. They asked me some questions about my dogs and I hope they sought more training (because they had already tried some), but that dog was rarely on leash because he was so hard to walk and cooped up a lot because he ran off. That seems like a stressful life for owner and dog, one that doesn’t suit my idea of having a dog. 3 months of hardcore structure and I know that wonderful golden retriever would be the best version of himself and very reliable off leash. The trick is the owners doing the work and structure and not feeling bad about it. It can be hard, I know, but totally worth it.