Dogs are being trained to sniff out coronavirus 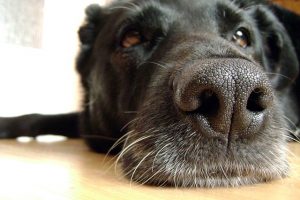 Extensive testing for the novel coronavirus is a crucial weapon against the pandemic, as seen in countries like South Korea, which was able to significantly flatten the curve and Germany, which is testing an average of 500,000 people a week. COVID-19 screening can help authorities get a better picture of the number of active cases in hot zones and provide early care to everyone testing positive, especially the elderly and those with preexisting health conditions.

The problem many countries have to face is that there aren’t enough test kits to go around. But what if dogs could sniff out people who are infected and pinpoint them in a crowd?

The charity Medical Detection Dogs partnered with Durham University and the London School of Hygiene and Tropical Medicine (LSHTM) on a trial to see if dogs can sniff out COVID-19 patients.

The charity has trained dogs to spot malaria, cancer and Parkinson’s patients, as each disease has its own scent, BBC reports. LSHTM head of disease control Professor James Logan said that research proved dogs could detect malaria infections by odor with a level of accuracy “above the World Health Organization standards for a diagnostic.”

That doesn’t mean good boys will be as good as recognizing a particular smell for the novel coronavirus, of course. But if they are, they could be used in all sorts of cases to sniff out potential carriers within large groups of people. The dog test would then be confirmed by an actual COVID-19 test.

The dogs could be ready in six weeks, assuming the trial yields positive results. However, this method of testing will be of limited use, considering it can’t be scaled to meet current needs. But the dogs might be useful down the road to prevent the reemergence of COVID-19 and catch future outbreaks early.

The charity is studying ways to “safely catch the odor of the virus from patients,” according to its boss, Dr. Claire Guest. It’s not just safety for humans, but also from dogs. A 17-year-old Pomeranian tested positive in Hong Kong. Initially, it wasn’t clear whether the dog had the disease, but successive tests showed he developed antibodies for the infection. The dog was released back home after testing negative, but then died of old age.