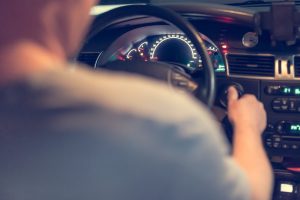 MEDFORD, Ore. — A local man has earned the praise of Jackson County’s emergency manager after he drove nearly 750 miles to pick up a dog separated from its owner by an unexpected quarantine.

An unidentified person from Jackson County had parked their vehicle and dropped their dog off for boarding in California while they went on a cruise. But when the cruise ship returned, that person was whisked away for isolation.

“Upon disembarking the ship, the individual was placed into quarantine, and then transported back home to Jackson County for an additional 14 days of quarantine and observation,” said Jackson County Emergency Operations in a statement. “Unfortunately, this left the person’s vehicle and dog stranded hundreds of miles from home.”

When Jackson County emergency manager Stacey Anderson Belt heard about the quarantined cruise-goer and their stranded dog, she reached out to the community for help.

Dustin Lyth stepped forward to volunteer. Hitching up a trailer to his truck, Lyth drove the 750-mile round-trip journey, making arrangements to pick up both the car and the dog, getting them back home to their owner.

Belt said she was impressed by the willingness of this “guardian angel animal rescuer” to take on such a huge favor for someone in the community.

“The spirits of the cruise-goer and their dog were instantly lifted as they finished their last days of quarantine,” Jackson County said.