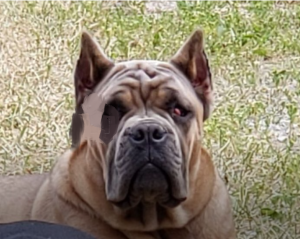 or Glenville resident Mary Ann Powers…her home feels a lot different than it used to.

Mary Ann Powers, Owner of Orso & Lucia, says “Whether it’s trying to go up the stairs or you know…you drop something…or you sit down and you can’t get up…you just miss them. There isn’t a minute that goes by that I don’t miss them.”

Orso is the black male dog and the tan female dog is named Lucia.

Both dogs went missing in March and after weeks spent looking for them, Mary Ann too to Facebook saying Orso was found deceased in a pond on March 21st.

Lucia was still missing at the time.

More than two weeks later, she took to Facebook again…this time, stating that Lucia had been found in the same pond her brother Orso was found in.

“She floated to the top. She was covered in seaweed,” replied Powers.

Powers and her husband still don’t understand how both dogs ended up in that pond.

“They’ve never been there, ever before. The owners have never even seen them on their property,” said Powers.

Powers says both Orso and Lucia were trained to help her with PTSD.

“They were my therapy dogs…which I won’t have this time going in,” replied Powers.

Though she is hurting now, she’s planning to fight for what she believes in: and that’s becoming a voice for the animal rights.

“There has to be laws to protect these dogs. I’m going to become the biggest advocate…this is not going to go unnoticed,” said Powers.

Powers says that she’s already been in contact with several advocates across the country and area politicians, such as Sen. Jim Tedisco, about advocating for stronger laws for animals.

Glenville’s police chief tells CBS 6 he believes Orso and Lucia drowned. No foul play is suspected in their deaths and no criminal investigation will be opened.