Story Of A Loving Therapy Dog 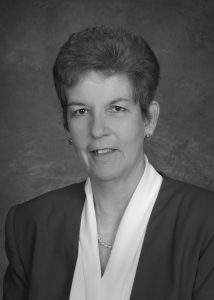 Almost a year had passed since the death of my beloved 14-year-old Scooby-Doo, an exuberant 70-pound shepherd mix, adopted from the SPCA in 2002. Newly retired from a health care management and teaching career, I started looking for a dog with thoughts about doing pet therapy work.

I found Buster on the internet at a shelter in Cuba, N.Y. A handsome 15-month-old, 35-pound hound mix, his size and temperament profile seemed right. I completed a detailed application (including veterinarian and neighbor’s references) and appointed to meet him at the shelter, but without guaranteed approval. The shelter director was not subtle about the discrepancy between my age and Buster’s. With a signed agreement  to return Buster if I became unable to care for him, on Nov. 4, 2016, I brought Buster to his new home in Clarence.

I quickly learned that Buster was gentle and kind with no hint of aggression. But he had terrible “demons.” Airplane noises overhead and the sound of cars on my street left him shaking. The sight of my 6-foot-tall brother dropped him to the floor in submission. I hoped that with time, his fears would dissipate. But after several weeks, I knew that Buster’s demons were squelching an otherwise positive temperament and would be the death-knell to any hope for therapy work. I engaged a behavioral dog trainer to work with us at home.

The trainer assessed Buster as highly intelligent, but as equally devoid of self-confidence. With a training regimen to gain self-confidence, we sat in my driveway while cars passed and planes flew overhead as I doled out treats with reassuring words. I trained daily on obedience commands. The trainer visited periodically to monitor progress.

Wearing his “Pet Me” harness, his trick repertoire – jumps through a mini hula-hoop I carried on our visits, roll-overs, and “hospital bark” (a quiet snuff) – yielded delighted smiles. Buster gently placed his paws on a bed’s or wheelchair’s edge for petting, or cuddled a resident or patient in their chair or bed. Each day, as he donned his harness, Buster exploded with enthusiasm as he jumped into the car for his work shift.

Named ECMC’s April “Volunteer of the Month,” on March 3, Buster and I posed for ECMC newsletter photos. Due to Covid-19, on March 9 we were laid off from all volunteer activities. Buster’s “Pet Me” harness is now closeted to avoid provoking his disappointment.

Like many Americans, Buster and I keep high hopes for a return to our work. As a nurse remarked to me in email, “We need Buster now more than ever.”