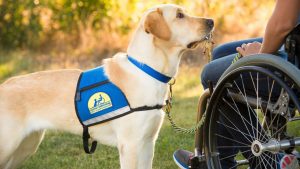 In October 2008, Army Captain Alli LaCombe was just two weeks away from coming home to Keller, Texas, from her second deployment in Iraq when her life changed in an instant. Her unit was in the countryside preparing a space for incoming American troops when insurgents broke through the perimeter of the site and a firefight broke out. Responding to the commotion, LaCombe stepped outside her tent without protective gear. After hearing gunshots, she turned to retrieve her gear when a rifle round smashed into her spine, leaving her permanently paralyzed from the waist down.

After being airlifted to a hospital in Germany, LaCombe underwent multiple surgeries to remove shrapnel fragments from her spine, though some remain in her body to this day. From there, she was transferred to Brooke Army Medical Center in San Antonio for six intense, arduous months of physical therapy.

Finally, LaCombe returned to her home in Keller, which unfortunately was not wheelchair accessible. The house had two stories, and most doorways were not wide enough for a wheelchair. Those circumstances made everyday activities, like going into the bathroom or taking a shower, a serious challenge for her.

Once she was finally home, LaCombe struggled to maintain the personal independence and self-sufficiency she had always prized. As she tried to cope with her physical limitations and the feelings of depression that accompanied that struggle, a friend suggested getting a service dog. Initially, LaCombe balked, believing that others needed that form of help more than she did.

Months turned into years, and LaCombe finally hit a turning point after she fell out of her wheelchair twice trying to retrieve objects from the floor. The second fall tore the rotator cuff in her left shoulder. After six additional months of therapy, LaCombe decided canine assistance might be the right choice after all.

“I could lie down and cry and whine, or I could accept my circumstances and move forward,” LaCombe says. Summoning a soldier’s courage, she chose the latter course.

LaCombe was united with her new best friend, Erik, a Labrador/Golden Retriever cross, in November 2016, and her life hasn’t been the same since. He’s her constant companion, and when she shops, he can assist in handing her credit card to astounded cashiers.

“Thanks to Erik, I no longer have to depend on others out in public,” LaCombe says.

The comprehensive application process begins with an exchange of basic information to make sure the program will be a good fit for the applicant’s needs. Experienced Canine Companions for Independence staff review the applicant’s needs and qualifications to determine if the process will continue. If the applicant is accepted, the wait time can vary depending on the kind of canine assistance required. Canine Companions strives to invite each candidate to be matched with an assistance dog within 12 months; however, class invitations rely on availability of suitable dogs.

The dogs — Labrador Retrievers, Golden Retrievers and Lab/Golden crosses — are trained for up to two years. They are valued at about $50,000 for their lifetime, but recipients pay nothing for their dogs. After receiving some basic training from volunteers, the dogs are taken to one of the six regional training centers for more advanced work, during which they learn up to 40 assistance commands. Once matched with their recipients, the dogs work for about eight years, after which they can retire and spend their golden years as pets.

Even after they place a dog in a home, Canine Companions for Independence follows up with every team for the lifetime of the placement. This includes in-person visits, reunions, workshops, and phone or email support — even a 24/7 help line for emergencies. Recipients are personally and financially responsible for meeting the dog’s day-to-day needs, including food, veterinary care, exercise and grooming.