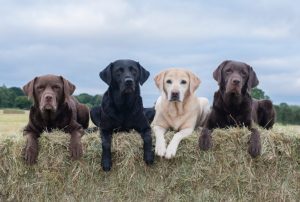 I am a born and bred 14th generation white South African. Why do I qualify my nationality by clarifying my colour? Because when we came to live in Europe (almost 300 years after my ancestors left it), we encountered a variety of unexpected reactions.  As confronts all immigrants, my family and I have been frequently asked the question ‘where do you come from?’. The reaction is commonly one of confusion ‘you come from Africa, but why are you are white?’.

Then the other questions: Do you have electricity there? Did you need to walk long distances carrying your water? Do lions visit your backyard?

Another common myth is that Africa is a country! Africa is a large continent containing 54 different countries. South Africa is the southernmost country on this continent. It is a place of normalised political fear where racial tension simmers and erupts regularly like a dormant but dangerous volcano. A mixture of first-world affluence and third world poverty, blue skies and inexplicable diverse, natural beauty and where people deal with adversity with a combination of eternal hope and humour.

While the above perceptions baffled us, I found this FAQ’s an eye-opener into the international culture at large and reflective of the tradition of telling one-dimensional African stories in Europe and possibly the world over.

Many people only know the single storyline of Africa. It is the one that tells of heart-breaking poverty, senseless wars and violence, and a culture of corruption. Tribal ceremonies, dancing to the beat of rhythmic drums and singing in incomprehensible languages. Living in shacks or mud huts and surrounded by wild animals and pristine natural habitats but dependant on the elements for their survival and handouts from benevolent Europeans. True, but incomplete…

This is the custom of storytelling by Eurocentric authors and mainstream media. There are far-reaching negative effects and limiting beliefs generated from these cliched tales. They extend deep into both African and non-African psyches. When you show people as only one thing, that is what they usually become both in their mind and the mind of others. Consider white privilege and guilt and black discrimination and victimhood… both have the potential to create a self-fulfilling prophecy. These perceptions are also one-dimensional and potentially dangerous in that they perpetuate stereotypes. They are the results of the overused plots and stories which the powers-that-be tell and repeat to all that will listen. In our advanced digital age where access to information is instantaneous and the breadth of knowledge available is vast, how is it still possible for such single stories to be so universal? We live in information overload and the need to assess news for its authenticity is critical. The truth is that these one-dimensional stories are not false. They are incomplete. These fragments of a whole picture contribute to maintaining current prejudices, cultural blind spots, and racial profiling. And as the saying goes, the rest is history… Here is an example. The cliched and single story of white South Africans goes like this… they are a population group of European origin who oppressed black nations. They created a fictitious hierarchy and system of segregation resulting in dehumanisation of some groups and elevation of others. South Africa is where racial discrimination became legalised as Apartheid. True, but incomplete…

I have come up with a list of real-life storybook characters. They describe the complex experience and many roles played by the white person in South Africa since 1488, when Bartholomeu Dias rounded its southernmost tip.

It can be much easier for our consciences when things are just black and white. But our genetically hardwired human experience has a whole range of characters and a rich weave of stories embedded into it. Should it matter if you are black, white… or brown, yellow, olive or peach for that matter?

Reject these single narratives that cause division in our minds and hearts and paint us as different from each other. Rather, favour all the stories you can gather about people and places and tell even the uncomfortable truths that no-one dares to utter.

I think you will find like I have, that we are all human beings with the same desires, wants and needs? I hope we can reshape and restructure our minds with the many stories that matter through a process of peaceful revolution and reparations. I sincerely desire all people to feel legitimate and live with dignity.

Inclusive storytelling could be the therapy for our broken society, plus I highly recommend getting a dog!